Found in healthy soils, sediments, and large bodies of water, Fulvic acid is one of the best biostimulants found in nature and one of the three types of substances that make up humus—the organic matter in soil.

Fulvic acid is also known for its ability to increase growth and yield of plants in both soil and hydroponics. 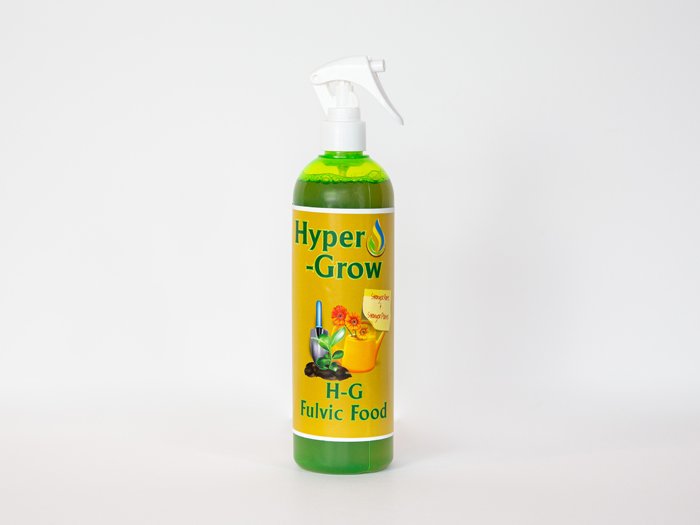 How does fulvic acid benefit plants?

These fulvic acid molecules are active, fast-acting, and make excellent foliar sprays that improve the uptake of minerals, stimulate plant growth, and improve the plant’s natural resistance to environmental stresses.

Fulvic acid is a chelator. Chela means claw, so chelates are organic molecules that attach to mineral ions like a claw, holding them tightly enough so they don’t get locked up in the soil, but loosely enough so they are available to the plant on demand.

Six of the most important benefits of fulvic acid for plants are:

Studies have shown that fulvic acid is able to enhance seed germination and stimulate the metabolisms of plants.

Fulvic acid makes a great foliar spray, allowing trace elements such as copper, iron, zinc, and manganese to be better absorbed through the leaves.

Fulvic acid interacts with sunlight to enhance photosynthesis. This can be particularly valuable during prolonged cloudy periods.

Fulvic acid can detoxify pollutants in the soil by absorbing toxins. This reduces soil-life damage and can also aid in the creation of fertile new soils.

Fulvic acid is like a charged organic sponge that holds moisture and contributes to the nutrient-storing ability of healthy soils.

Research shows that plants start to respond to fulvic acid in as little as four hours, and vigorous root growth and stress recovery is often evident in as little as two days. So before you give up on your precious seedlings, try a little H-G Fulvic Food first.

Experiment with H-G Fulvic Food and before long, you will be on your way to healthier and heartier plants!

Enjoy these products by Hyper-Grow.

How to Grow Herbs Indoors
Next Post: Choosing the Right Plants for Your Garden

Learn About Our Products